Xiaomi announced its new phone Xiaomi Redmi Note 9s and also the most significant thing that this phone comes with the strongest performance in its price class with the Processor Of Qualcom Snap Dragon 720G with the most important battery 5020 mAh with glass materials . Will redmi Note 9s be ready to arise and compete against the foremost powerful Realme 6. that is what we’ll know as follows. 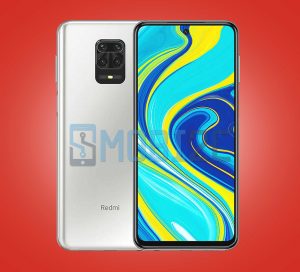 It should be emphasized that the name of the phone in India Redmi Note 9 Pro and its name in Egypt is Redmi Note 9s.
The phone comes in dimensions of 165.75×76.68×8.8 mm with a weight of 209 grams.
The IR Blaster supports device control.
The phone supports two Nano Sim communication chip.
2G, 3G and 4G networks are supported.
The materials utilized in the manufacture of the phone come from glass with a plastic frame as is customary within the note series of Shawmi recently additionally thereto phone repellent for light water drops.
The screen comes within the variety of a hole within the middle of the screen where the screen comes from the sort IPS LCD 6.67 inch in fHD+ quality 1080×2400 pixels and also the screen at an update rate of 60 Hz and is at a rate of pixel density of pixels 395 pixels per inch with screen support for brand spanking new display dimensions of 20:9 with a protection layer of Corning Gorilla Glass fifth generation with the likelihood of control of color as you’ll be able to cancel the control buttons and use the gestures instead additionally to support the new display dimensions of the Dark Mode Mode mode.
The phone comes with over one version of solid memory and read/write memory as follows:
– the primary version comes with solid memory with a capacity of 64GB with 4GB ram.
– The second version comes with solid memory with a capacity of 128GB with 6GB ram.
– Solid memory comes from UFS 2.1 and volatile storage comes from LPDDR4x.
– The phone supports the likelihood of accelerating space for storing through a memory card up to 512 GB with a separate port.
As for performance comes with the new Qualcom processor within the middle category where comes from snapdragon 720G type with 8 nano technology with graphic processor type Adreno 618 and therefore the processor offers good performance it’s the identical processor Realme 6 Pro but not stronger than the Helio G90T especially in games.
The front camera comes in 16 mps with an F/2.5 aperture and also the front camera supports 1080 FHD video shooting at 30 frames per second and supports 720p HD shooting at 30 fps with camera support for film shooting at 120 frames per second.
Supports the secondary microphone for noise and noise isolation while using the phone, whether in speaking, recording or shooting. Etc.
The rear camera comes with four cameras where the primary 48-megapixel camera comes with the F/1.8 aperture, the essential camera of the phone with the Samsung GM2 sensor and therefore the second camera comes 8 megapixels with the F/2.2 aperture aperture, which is for wide photography and also the third camera comes in 5 megapixels with the f/2.4 aperture aperture, which is for macro imaging and therefore the fourth camera comes in 2 mp saper F/2.4 which is for the defense and portrait of the single-light lens of the single-led flash.
The phone supports 4K video shooting at 2160p at 30 frames per second, 1080p FHD shooting at 30 and 60 frames per second, and 720p HD shooting at 30 pixels capture. The flick is supported by 1080p FHD quality moving picture at 120 frames per second and also the moving-picture show supports 720p HD at a 120, 240 and 960 fps capture rate.
The cameras support shooting in additional than one mode where it supports Cinematic Portrait, Cinematic Video, Macro recording, Short video mode and Night mode… Etc.
The phone supports the three.5mm port of the earphones.
Bluetooth comes with a 5.0 version with its support for the A2DP, LE.
The phone supports GPS geolocation yet as other navigation systems like A-GPS, GLONASS, GALILEO, BDS, NavIC.
Wi-Fi comes at a/b/g/n/ac frequencies additionally to its support to dual-band, Wi-Fi Direct, hotspot.
The phone’s security means support the fingerprint sensor, comes integrated with the facility button and supports face unlock.
The phone supports most other sensors like acceleration, proximity, compass and gyroscope.
As for the USB port, it comes from the sort C type.
The battery comes with a capacity of 5020 mAh with its support for fast charging at 18 watts. The phone comes with a 22.5-watt charger and charges the phone efficiently without damaging the battery.
The phone comes with Android 10 with the MIUI 11 interface.
The phone is out there in blue, white and grey.

Modern design with attractive colors and glass.
A large battery lasts a protracted time during the day.
The head of the charger attached to the box comes at 22.5 watts and can charge the phone efficiently at 18 watts in about two hours to 1 / 4.
Supports the operation of two slices and a memory card simultaneously.
The performance of the phone is superb, the Snap Dragon 720G processor is powerful and has little battery consumption.
The latest Android 10 package with the newest Xiaomi interface miui 11.
The IR Blaster supports remote device control.
Supports a notice bulb.
Rear camera offers very, very strong performance.
A hole screen which was rarely found within the middle category with acceptable accuracy and acceptable level but not the most effective.
In general, The Shomi Note 9s outperforms The Relami 6 within the larger glass and battery materials and outperforms the support of a more economical processor in battery consumption (8 nano) and also the cheaper price. But Relami 6 excels during a 90 Hz display, 30W fast charging and a 64-megapixel rear camera.

The screen doesn’t support the 90Hz unlike the Realme 6 … But that’s okay.
The box doesn’t have earphones, unfortunately.
The weight of the phone is comparatively heavy thanks to the utilization of glass and enormous battery capacity.
The size of the phone is large thanks to the employment of an enormous screen.
The rear camera is prominent on the rear of the phone, exposing it to breakage, but the case case attached to the phone case covers the total protrusion.
Complaints from some phone owners of the entry of dust into the cameras.
There’s a slight instability within the Shomi’s operating interface. But Xiaomi will send updates to resolve those simple problems as always.
The built-in fingerprint of the ability button sometimes you may find a delay within the response because of the operating interface.
We noticed a small sound while holding the phone by hand and moving it quickly. this can be the vidback motor that produces light tremors while writing on the keyboard.
Low selfie camera quality in weak lights but this can be compensated by downloading Google Camera software and using it in night photography.

Which is Healthier Samsung Galaxy A52 or A52s 5G