Infinx announced its new phone within the economic category which comes within the series Smart which we returned on a giant screen with a large battery to be the phone Infinix Smart 5 is that the latest version and development of the previous phone Infinix Smart 4 has been a good interest in increasing battery capacity so let’s get to understand the total specifications of the Phone Infinix Smart 5 and what are its most significant features and drawbacks as follows and is worth buying or there are other phones competing within the Egyptian market now allow us to know that As follows. 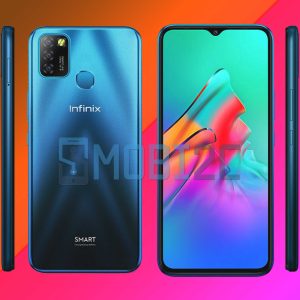 The FM radio supports.
Supports two nano Sim connection chip.
Supports 2G, 3G and 4G networks.
The durability and quality of the materials employed in the manufacture of the phone come from fully plastic as is customary during this category.
The phone comes in dimensions of 165.4×76.4×8.75 mm with a weight of 183 grams the phone is simple to hold thanks to its light weight.
The screen comes within the type of a waterdrop, which has become a trend within the economic category now, the screen comes from the sort of IPS LCD in a region of 6.6 inches in hd+ quality resolution 720×1600 pixels at a rate of pixeld 266 pixels per inch and also the screen supports the new dimensions of display by 20:9 to display the best content possible on the screen with the optimal exploitation of the sides as far as possible and you’ll hide the notch through the settings if you’re not prefer it.
The version available in Egypt comes with solid memory of 32GB eMMC 5.1 with 2GB ram.
The phone also supports the likelihood of accelerating space for storing through a Memory card up to 256GB.
As for performance, the phone comes with a Helio A20 MT6761D processor with a PowerVR GE8320 graphical processor.
The front camera comes in 8 MP with dual LED flash.
The rear camera comes with a dual camera where the primary camera comes with 8 megapixels and is that the basic camera of the phone and for the second camera comes with QVGA resolution and for the third camera is merely a form and written on that AI to point that the phone supports computing additionally to a three-way flash led flash.
The phone supports 1080p FHD video shooting at 30 frames per second and 720p HD shooting at 30 frames per second.
Wi-Fi comes at a/b/g/n/ac frequencies additionally to its support to dual-band, Wi-Fi Direct, hotspot.
Bluetooth comes with a 4.2 version with its support to the A2DP.
Gps geolocation supports and supports other A-GPS navigation systems.
Security and protection devices within the phone: The phone supports the fingerprint sensor and comes within the back of the phone still because the feature face Unlock to unlock the phone through the face.
It also supports other sensors like acceleration and proximity.
The phone supports the three.5mm port of the earphones.
The USB port comes from the standard Micro USB type second version with otg support.
The battery comes with a capacity of 5000 mAh with a 10-watt charging support.
The phone is accessible with Android 10 within the go edition diluted version with the XOS 6.0 Inphoenix interface.
The phone is on the market in black, blue and green.

The phone supports the fingerprint sensor.
A large noch screen that gives acceptable performance compared to its price category.
Supports the likelihood of using two contact chip and memory card at the identical time.
A large battery will suffice your whole day without the slightest problem as is customary for Inphoenix.
The phone comes with a dual rear camera while most competitors during this category have only 1 rear camera. Although there’s no physical feature for the secondary rear camera.
Comes with the phone within the transparent pod case box and earphones.

The processor is extremely modest and don’t expect strong performance from the phone and this is often normal for the worth of the phone.
Some users don’t prefer the Android version of GO.
Does not support the secondary microphone for noise and noise isolation while using the phone.
You’ll need a protracted time to charge your phone thanks to its large battery capacity and poor charging speed.
Due to the arrival of the phone with plastic materials especially glossy plastic so you’ll find that it’s drawn to fingerprints easily but plastic is natural during this price category in addition.